In the 70’s an important handful of films emerged from Australia, ushering in the era of what would later become known as the Australian New Wave. Most of these films were shot on location in remote areas on modest budgets, some breaking records of profitability for their ingenious productions with limited resources.

Below, in order of release are 5 influential films from Australia through the decade of the 70’s…

At the top of the list is one of the best Science Fiction films of all time, and a speed-laced ride through a dystopian vision of writer and director George Miller. 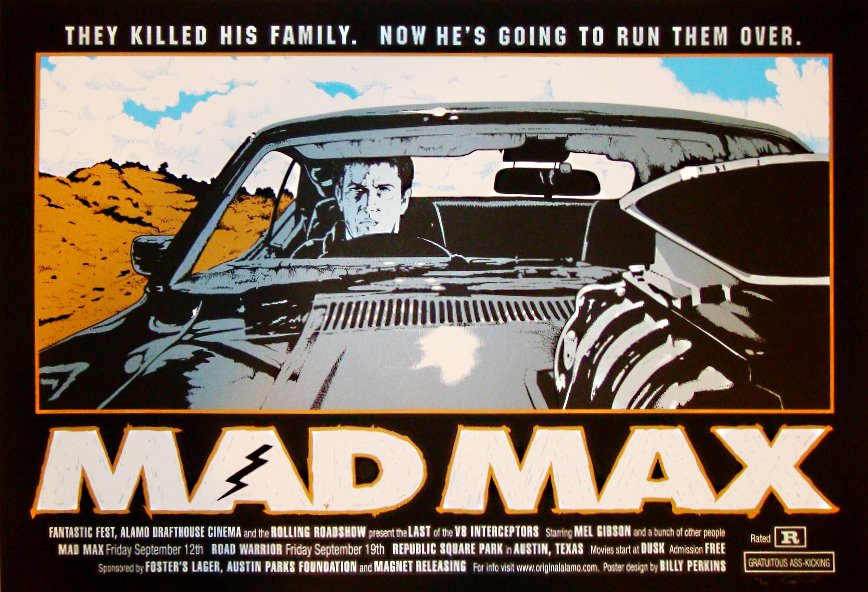 The movie that was to open doors for the highly acclaimed filmmaker; along with many in the Australian film industry also held the Guinness world record for most profitable film for decades. It has since birthed a fourth feature instalment and was the top grossing film to come out Down Under.

Set against the desperate madness of a lawless and post-apocalyptic landscape, the diminishing populace are frequently terrorised by the fierce motorcycle gangs that run rampant through under-policed and isolated towns.

As the story goes, Mel Gibson had attended the auditions with old friend and fellow NIDA classmate Steve Bisley. He had been in a bar fight the night before, and in his words showed up like a ‘black and blue pumpkin’. This tough guy image turned out to be exactly what Miller was looking for.

Most of the biker gang extras were members of outlaw motorcycle clubs, and most rode their own motorcycles in the film. It is even widely thought that George Miller used his family car for one of the crash scenes.

Written, produced and directed by Fred Schepisi from the Thomas Keneally novel, the story of a young Aboriginal man utterly exploited and pushed to the point of irreversible violence is both starkly savage and boldly beautiful.

The Chant Of Jimmy Blacksmith dances on that knife-edge of political correctness when it comes to issues of inherent racism and class divide within Australian culture. Keneally himself would later say he was wrong to write the novel from an indigenous person’s point of view… he himself a white man.

One of the first Australian films with a budget over $1M, it would have many hurdles to overcome… and because of the promotional costs involved the producers only received a return of $50,000. A disillusioned Schepisi lost his entire investment and left Australia soon after to work in Hollywood. 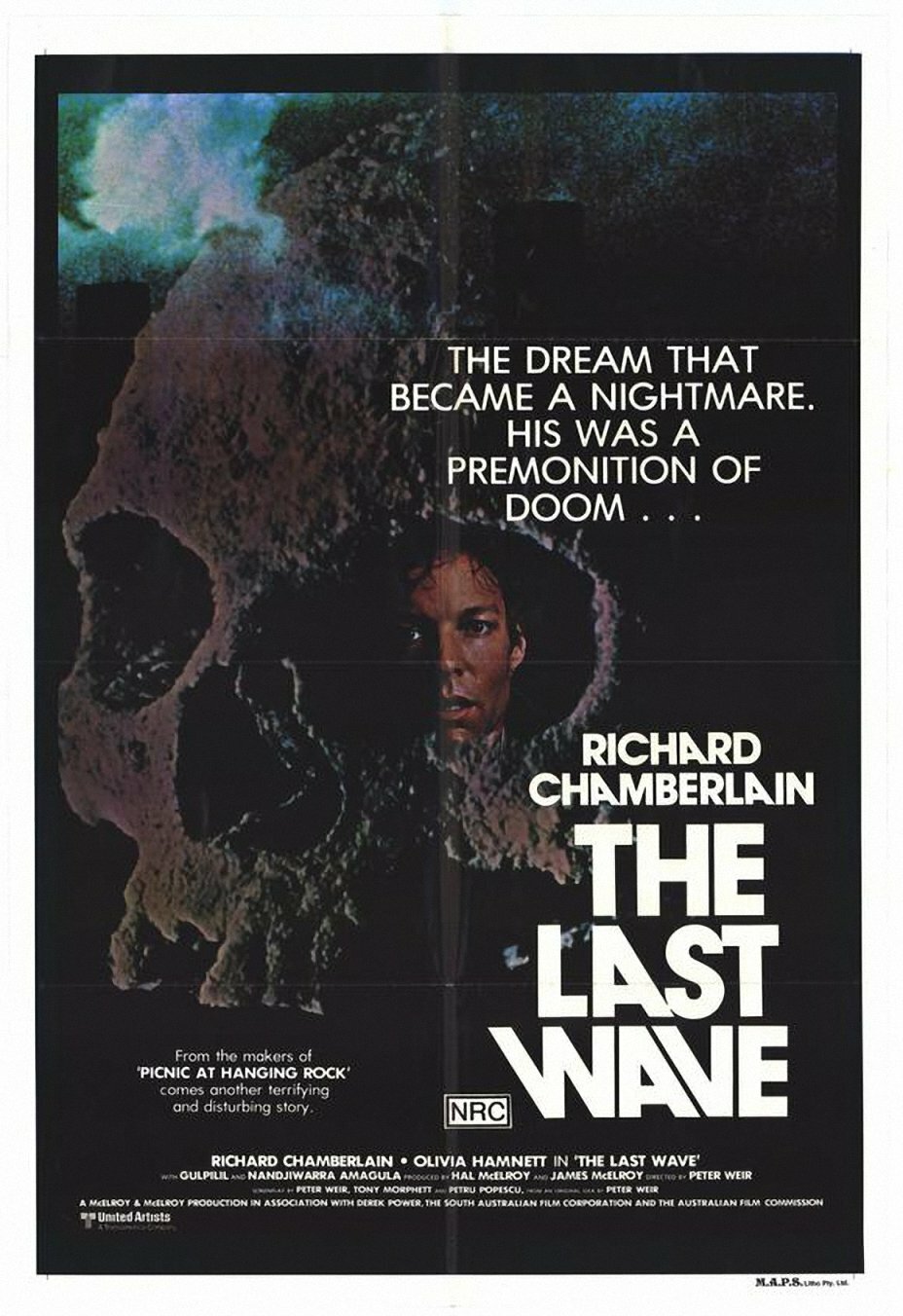 Lawyer David Burton (played by American actor Richard Chamberlain) takes on the legal case of defending  a group of Aboriginal men accused of the murder of another man in their community.

Despite the defendants claiming otherwise, the lawyer suspects the victim had been killed for violating a tribal taboo. As Mr Burton rummages through the many textured layers of a misunderstood culture, he finds himself deeply haunted by reoccurring visions and prophecy of impending natural disaster. 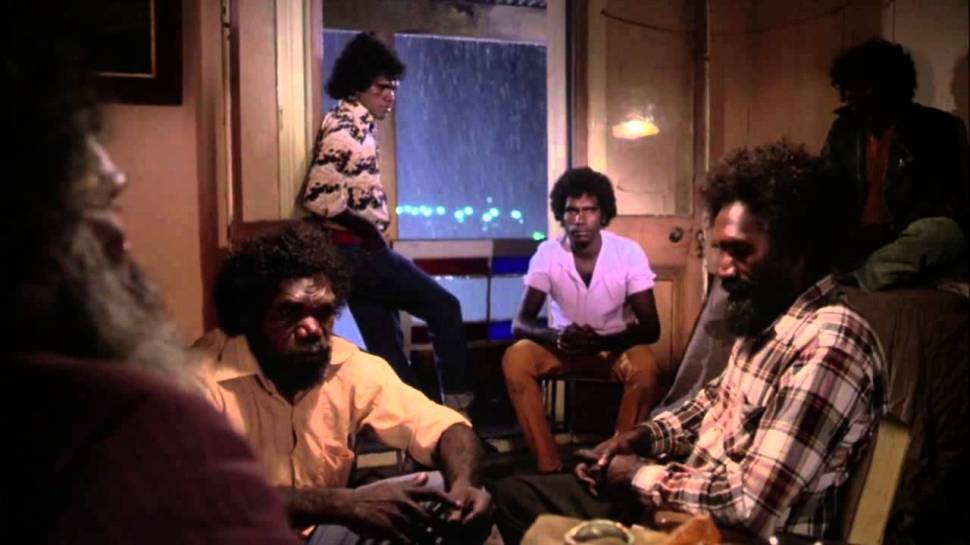 The film would further explore Weir’s previous themes of the unknown and the curious interaction between traditional Aboriginal and European cultures.

Based on Kenneth Cook’s 1961 novel of the same name, the story follows a young middle class teacher who slowly descends into a state of mental despair and helplessness after arriving for work in a small, sinister outback town.

Made on a budget of around 800,000 Aussie Dollars, for many years the film earned a reputation as ‘the lost film‘ because it was almost impossible to find a VHS cassette, or subsequently DVD copy.

Since 2009 however, the film has grown a steady – and arguably overdue cult following with a thoroughly restored digital release. Indeed the story behind the film’s actual rediscovery in an American University by archivists is almost as thrilling as the film itself.

Loosely based on the novel of the same name by author James Vance Marshall, Walkabout was the second feature film from the English director and cinematographer Nicolas Roeg.

Commenting in later years about the level of improvisation involved, he said:

‘We didn’t really plan anything – we just came across things by chance… filming whatever we found.’

The film very much feels like an outsider’s vision of a foreign, and ultimately alien land.

The film stars the director’s son Luc Roeg, who plays the small brother alongside his teenage sister (Jenny Agutter). The 2 siblings find themselves helplessly stranded in the outback after their father’s failed attempt to have them killed. Upon the point of severe despair and utter dehydration, the pair cross paths with an Aboriginal boy (played by a young David Gulpilil) and with this encounter the fascinating juxtaposition of opposed cultures ensues.

With the stunning, stylised cinematography of Nicolas Roeg himself, Walkabout uses images of the outback to carry themes of isolation and personal belonging throughout the film. Indeed the 2 very different worlds we encounter seem equally as foreign on screen.

That colourful decade of the 70’s brought accomplished filmmakers to it’s shores and saw local talent sprout from it’s growing industry. The Australian New Wave would soon be appreciated by a global audience, and these films would set the benchmark for those that followed.