Over a couple of drinks in her Manhattan apartment one afternoon, Rose Hecht sat down with Rick Kogan of the Chicago Tribune to talk accolades, achievements, and the legacy of her late husband, the great Ben Hecht.

A man who’d prefer to let his work do the talking, Rose opened up with earnest candour when discussing the prolific script writer’s notion that trophies and awards were simply redundant folly.

‘Prizes didn’t mean much to Benny… he didn’t even show up to get that first Oscar’.

That Oscar happened to be for his 18-page screenplay for Underworld; one of the earliest Hollywood gangster films, at the 1st Academy Awards in 1929. The same Oscar would eventually serve out it’s later life as a doorstop in the Hecht home.

This February marks the anniversary of the passing of Hollywood’s most esteemed statesman, a title he may not have even been entirely proud of inheriting.

Truth be told, Ben Hecht was much more than a fantastic screenwriter and storyteller. An acclaimed film director, producer, novelist and playwright, his uncanny ability to formulate ideas enabled the Hollywood machine to churn out so much classic cinema, in what is generally considered the heyday for the studio system.

‘Ben Hecht was the Hollywood screenwriter… it can be said without too much exaggeration that Hecht personifies Hollywood itself.’ -Richard Corliss

The Hecht family emigrated to New York City at the tail-end of the 19th century. As Jews living in what is now Minsk in modern day Belarus, they maintained strong family values and appreciation for the arts before they made the long haul journey over to the Big Apple.

A child prodigy in his early years, the family nurtured the creativity that they saw in the young Hecht. In his teens he tried his hand at everything from concert violinist to circus acrobat. But Hecht was still chasing adventure, so shortly after his 16th birthday he boarded an interstate train with a one-way ticket, bound for Chicago.

The Windy City would prove to have a profound influence on a young Hecht; and the sights and sounds of that city would provide the backdrops to much of his storytelling.

‘I have lived in other cities, but been inside of only one. I once wore all the windows of Chicago and all it’s doorways on a key ring…’

It was in Chicago that he would soon find work in a number of literary magazines, landing an important job shortly after as a reporter in journalism for the Chicago Daily News. Perhaps around the same time Ben Hecht acquired the disciplinary art of writing to deadlines; a feather in his cap that would prove advantageous throughout his career.

While on assignment in Berlin as a wartime correspondent shortly after the great war, Hecht wrote his first novel, Erik Dorn, widely considered his finest book. An impressive creative debut – even by Hecht’s standards.

‘I haunted streets, whorehouses, police stations, courtrooms, theatre stages, jails, saloons, slums, madhouses, fires, murders, riots, banquet halls and bookshops. I ran everywhere in the city like a fly buzzing in the works of a clock… tasted more than any fit belly could hold, learned not to sleep, and buried myself in a tick-tock of whirling hours that still echo in me…’

Around this time Hecht formed a friendship with fellow reporter Charles MacArthur that was to signify the beginning of another illustrious chapter.

In truth he had been previously working on a string of one-act plays; and his first full-length play The Egotist had already made it’s Broadway debut in 1922. But shortly after Hecht and MacArthur boarded a Chicago train bound for Hecht’s home in NYC, the two penned the template for what was to become a runaway Broadway hit – with over 280 performances.

This was for their collaborative play The Front Page; later made into an Academy Award winning film by Howard Hawks, under the title His Girl Friday in 1940.

Remarkably poignant, Hecht and MacArthur’s magnum-opus still holds it’s own with a modern audience. With equal doses of intelligent dialogue and screwball comedy, it’s sharp humour strips the tabloid industry stark naked, with an authenticity that could have only been forged from two writers that had worked for so long inside similar newsrooms.

Around the same time The Front Page was being premiered on Broadway, Ben Hecht’s dear friend and New York Times newspaperman Herman Mankiewicz, wired over some news of his own that was to lure Hecht westwards.

‘Millions are to be grabbed out here, and your only competition is idiots…’

Mankiewicz was of course talking about Hollywood and it’s screenwriters… an industry that he felt was bursting at the seams with tired stories and subpar plot lines.

By this point Hecht had certainly refined his craft and proven his abilities as a bonafide writer. His penmanship had undoubtably evolved out of the breakneck turnover pace of his journalism days. And his scripts for the theatre were consistently filling auditorium seats across the continent. So it probably didn’t come as big news to anyone that Ben Hecht would eventually find success in Hollywood.

What struck many in the industry as most stupefying however, was the scale to which Hecht was to impact the culture of moving pictures. 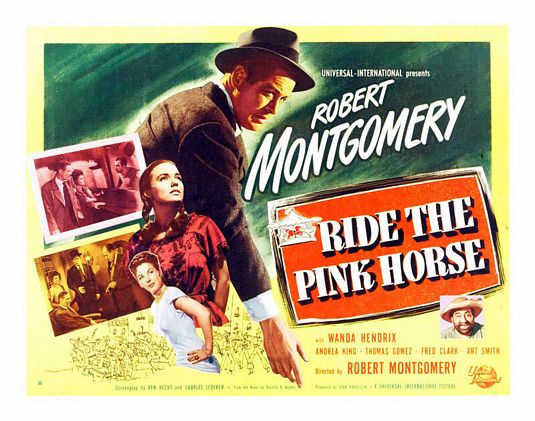 In Ben Hecht’s biography on the other hand, William MacAdams disputes that figure, claiming Hecht underplayed the exact number of films he had a creative hand in. According to MacAdams the figure should be closer to 146 films, with the majority of them uncredited. 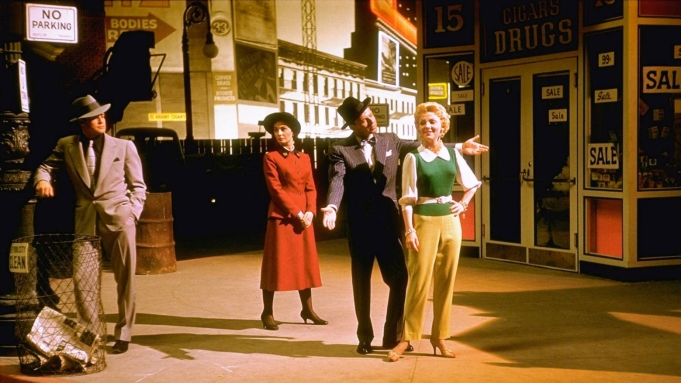 When he wasn’t producing and directing the action for his own screenplays, Hecht was rubbing shoulders with almost every big filmmaker of his generation. The likes of John Ford, Alfred Hitchcock, Josef von Sternberg, Ernst Lubitsch, Robert Siodmak, Michael Curtiz and William A. Wellman all regarded Hecht’s work with the highest esteem.

Hecht continued writing closely with Charles MacArthur and Charles Lederer throughout most of his Hollywood career, using the money he earned from screenwriting to fund his novels and various side-projects. He even worked as a ghostwriter on a handful of books, including Marilyn Monroe’s autobiography, My Story.

‘Even though he never attended college, Hecht became a successful novelist, playwright, journalist and screenwriter. His star has sunk below the horizon now, but in his own lifetime Hecht became one of the most famous American literary and entertainment figures…’

From a writer’s perspective, nothing resonates to an audience more than true human experience – and Ben Hecht certainly had lots of it.

He crafted authentic stories for the stage and screen with the speed and efficiency of a large manufacturing plant. From the typewriter on his desk, he inadvertently remodelled the Hollywood machine from the ground up. Working closely with fellow ex-reporter Charles MacArthur and Charles Lederer, Hecht quickly became one of the most bankable script writers in moviemaking history.

Fame never seemed to motivate old Benny; and he certainly didn’t do it for the trophy on the mantlepiece, nor to see his name on the end credits. One can’t help but wonder, if he were alive today, exactly where would his opinions lie on film critics?